We are back with the Thursday Thoughts, where we take a look at all four divisions and rank the Top 10 teams in each.

Instead of previewing the biggest games from all four divisions, we will give you our weekly power rankings and a check on where we are in each Division.

Today we will ask of each division: ‘What have we learned’ and ‘What do we still have no way of knowing yet’.

Weather permitting we are going to be out at four games tonight and tomorrow:

‘The Franchise’ Jennifer Chick-Ruth & I will be in Laconia tonight when the Sachems take on undefeated Gilford in a completely non-biased broadcast.

And finally on Saturday morning Jennifer Chick-Ruth & I will be at Bow when the Falcons take on fellow unbeaten Pelham in a big time Division II boys basketball match-up.

Before we get to the Power Rankings:

Why picking out of a hat for seeding and home-court is a mistake that should not be repeated.

When an undefeated Newfound field hockey team was forced to go on the road in the first-round of the tournament to play winless Littleton, I thought we had our example.

When winless Winnacunnet was the top seed in the volleyball regionals over Dover & Spaulding teams with one loss combined, it felt like a point had been made.

Here we are three months later, and we are actually going to do this again.

While football seeded their teams and ended up having a terrific playoff, the decision is being made to ignore that route and choose the one with the follies listed above.

In Division I, Exeter earned two gritty gutty wins over arch-rival Winnacunnet. A match-up of two of the Top 5 teams in the state.

None of those results will matter in the slightest if we continue forward with the decision to randomly seed teams by picking out of a hat.

How can that possibly be the best solution we can come up with?

You can be the one to tell Jacob Gibbons, Matt McConnell, Tom Delgado, and five different kids from Pelham named Jake that it all meant nothing.

It renders the entire regular season utterly meaningless when it comes to earning home court and a better draw.

I’m interviewing these kids after games. When Bow traveled over to Coe-Brown and remained undefeated, it meant something to that team and those players.

It meant something when Belmont erased a 12-point deficit to beat Winnisquam and when the Woodsville girls went to Colebrook last weekend and knocked off the defending champs on their home floor.

Are you telling me the best thing to do is throw out every single result in the regular season and pick out of a hat?

I find it impossible that is the best option.

Can someone on the committee tell us why they are going this route?

I’d like to hear why we are repeating the same mistakes of the fall and ignoring the successful route taken by football. Tell us why you are deciding to turn an entire regular season in eight divisions into scrimmages where no result meant a thing.

Why can the teams not be ranked in their regions?

Use 1) won-loss record 2) head-to-head tie-breakers and 3) a coin toss when they have the same record and did not play during the regular season.

I haven’t spoken to a single coach who wants to see the regular season results thrown out.

Football scheduled play in games, seeded the schools in their regions and carried out their playoffs. It was the other sports that had winless teams as top seeds and undefeated ones in play-in games.

Are we going to repeat that same mistake again? After all we have asked of these kids and coaches, a random draw is the best we can offer them?

You rank each team by record, and will it be perfect? No, it can’t when some teams play 14 games and some play 4, but you are going to have something very close to a pure draw and a fair playoff.

On the seacoast, that would currently have the following seeding; 1) Exeter 2) Winnacunnet 3) Dover 4) Portsmouth 5) Spaulding.

I performed a picking out of hat experiment that resulted in 1) Dover 2) Portsmouth 3) Spaulding 4) Exeter 5) Winnacunnet.    *-see below

That would put the two best teams on the seacoast in a play-in game.

Think it can’t happen? Scroll back to the top and tell me it won’t. I’ll wait here.

There are ten days before the end of the regular season.

Are we going to let it happen again?

*- to give another example I had my daughter Allison take the 14 Division III tournament teams from a year ago and pick them out of a hat for seeding.

Meaning the two co-champions, Gilford and Mascenic Regional, would have played in the quarterfinals.

What have we learned: Exeter is the best team in the state today. Are they unbeatable? No, they have flaws just like everyone else. I think you can really beat them up on the boards (Pinkerton & Alvirne come to mind) but I also think you’re going to have to stop them when they have the ball and they have looked perfectly in sync so far…it’s very strange seeing programs as good & established as Merrimack and Salem at the bottom of the division but it’s been a combination tough schedules and bad luck for both. Merrimack doesn’t have a senior on the roster and Rob McLaughlin’s Blue Devils struggle on the boards and have dealt with distractions.

What we still have no way of knowing yet?  How the regions rank. Going back to football season Bow went undefeated in their Concord-cluster of games. They are a terrific program and so we assumed they were as good as any team in the playoffs, but after winning their cluster they were beaten on their home-field handily by Lebanon. What we immediately realized was, the Concord teams were down this year, and the undefeated regular season was a bit of a mirage. So will we find that out about any of the regions in Division I?

Pinkerton is a good example. They pass the eye test and Dave Chase is doing a terrific job, but in the two wins over Londonderry Jackson Cox (20 ppg) didn't play for the Lancers. We need to see how they stack up with Windham next week.

I believe that by the time we get to the Final Four we’ll see that the teams are fairly equal and the second best team on the seacoast was just as good as any of the other three regional winners.

What have we learned: This isn’t a very deep division, I can only see four teams winning it right now, I just don’t think Pembroke or Hanover has the experience to make that kind of run.

Pelham and Manchester West are set to be in the same region. If they choose to ignore everything above you and simply pick out of a hat like an octopus picking the Super Bowl winner you may see the Fighting Jake’s have to go on the road to Manchester West. That would be both difficult and really unfair. They’ve earned home-court.

What we still have no way of knowing yet? Just how big that gap is. Bow and Lebanon are on a crash course in their region with Hanover lurking as your sleeper. How does the winner of Region 4 compare to the other regional winners?

What have we learned: Kearsarge and Gilford could beat you by 10 points without even attempting a 3-pointer….. Four of the top nine teams will all be in the same region…Monadnock is going to have to be very mentally tough because they just won’t be given enough time to get to where they hoped to be heading into March. The bottom teams in this division are 40 points away from teams in the Top 10 and that’s not normally the case. By the way if Kearsarge was in Division II they would be a Top 7 team.

What we still have no way of knowing yet? It is February 18th and no one has any idea how good Mascenic Regional is….we also don’t know how Monadnock & Conant would match up with the teams in the Top 3. The Player of the Year race seems to be between: Brendan Elrick (Hopkinton), Jalen Reese (Gilford), Chris Stanchfield (Kearsarge) Jackson Ruelke (Belmont) and Ben Seiler (Mascoma).

1a. Littleton- The Crusaders played man to man defense against Groveton and held the Eagles to 21 points, highlighted by Landon Bromley holding Julian Kenison to two points.

3. Woodsville- I’m curious to see the score of their game tomorrow night at Colebrook (weather permitting)

4. Sunapee- Still waiting to get Nick Pollari back from injury. We want to get out and cover their games against Mascoma but I currently have a videographer and play by play person on lockdown at Franklin Pierce…what a year.

5. Holy Family-Finally saw them on film. Teams are going to throw three (or possibly four) defenders at Karl & Yann Yonkeau (they are both very good) and make the other three players on the floor beat them.

7. Groveton- Here is the problem: Trevor Howard has two very good defenders in Parker Paradice & Landon Bromley. Those two happen to match-up perfectly with Matt St. Cyr & Julian Kenison. There hasn’t been a third scorer to emerge so when you shut those two down you shut the entire team down.. That is a problem even arguably the best coach in the state can’t fix.

9.  Epping- Region 1 is the toughest of the four but I still think we are ending up with Newmarket, Littleton, Sunapee and Woodsville.

10.  Concord Christian- The loss to Mount Royal was a bit of a head-scratcher. They have good tests with Pittsfield and Franklin remaining.

What have we learned:  I don’t think it’s fair to Jamie Hayes and Newmarket to assume they will be playing well in the post-season. They have, including summer league, fall ball and scrimmages, played four games in the last eleven months.

Holy Family is the problem people thought they would be. They did well in JV tournaments last year and now that they are here, and they feature two of the top five players in the division. They are going to be a tough out.

What we still have no way of knowing yet? What the gap is, if any, between Woodsville and Littleton and Newmarket and Sunapee. I can tell you there are going to be 25 point games in the semifinals in other divisions.

Do I think that applies here? No, Sunapee has been able to play a lot of games while it is well illustrated the tough time Newmarket has had getting on the floor together.

Woodsville/Littleton is a similair story, Jamie Walker’s team has not only played a lot of games but they have played good teams like White Mountains and Kennett…no offense but beating Gorham & Profile are not going to tell you where your team is at.

The Crusaders and the Mules are the two best teams, but they cannot have another interruption. Also, I’ll be at Littleton with Austin Grass on Tuesday for their game with Colebrook. 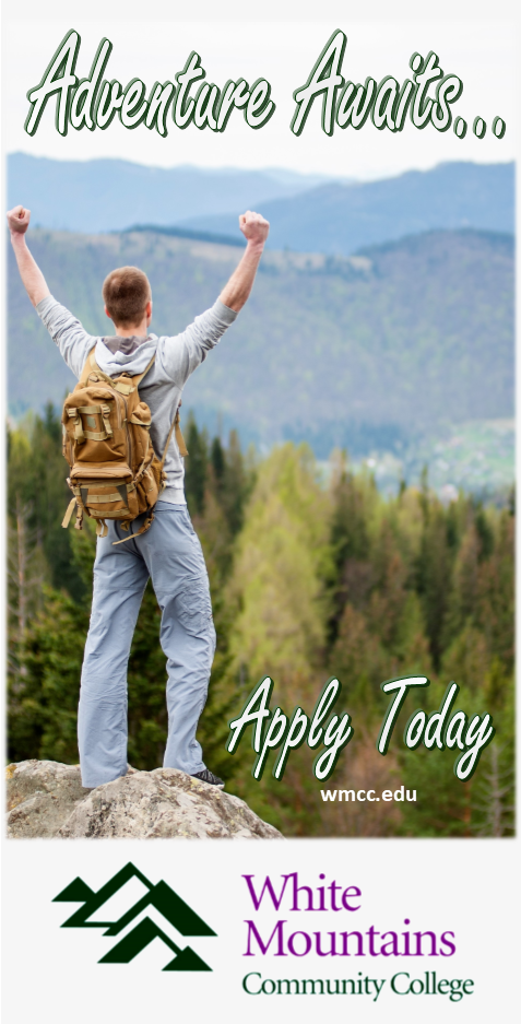