The Bulldogs are champs for the second time in three years 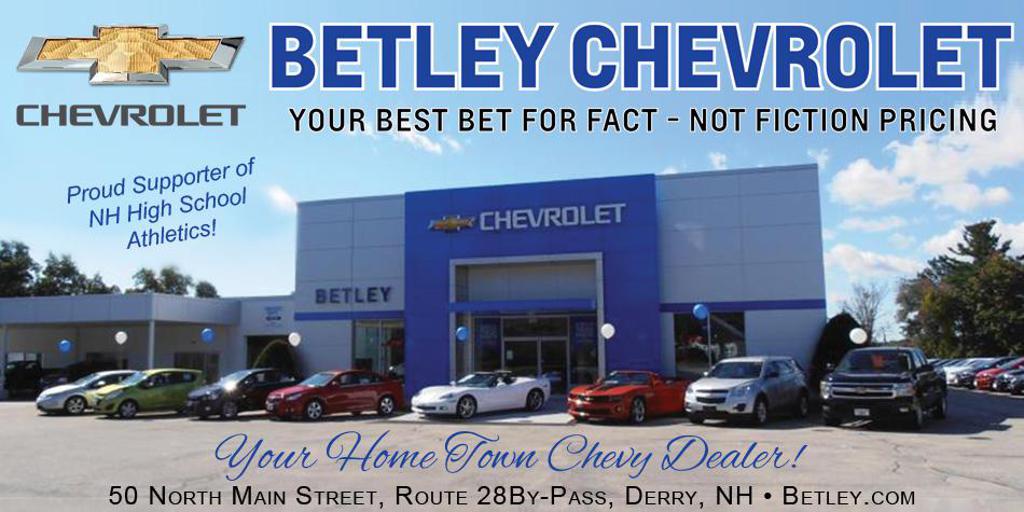 The Bedford Bulldogs used a dominating run game and a stingy defense to beat the Pinkerton Astros 28-14 in the 2018 Division 1 State Championship Game at the University of New Hampshire's Wildcat Stadium.  Battering ram running back Ryan Toscano powered his way to 185 yards rushing with a TD on 26 attempts, while the Bedford defense held the potent Pinkerton offense to only 230 total yards.  Here's the video highlights of the game filmed & edited by NHSportspage.com videographer Nichole Marrero featuring play-by-play & analysis from Pete Tarrier & Londonderry coach Jimmy Lauzon.  The video wraps up with an on-field interview with the entire Bedford team and the Bulldogs doing the celebratory "Undefeated Dance".  Our coverage is brought to you by Betley Chevrolet in Derry.